The cargo cult of versioning

[Update Nov 27: This post had issues, and I retract some of my more provocative claims. See the errata at the end.]

All software comes with a version, some sequence of digits, periods and characters that seems to march ever upward. Rarely are the optimistically increasing versions accompanied by a commensurate increase in robustness. Instead, upgrading to new versions often causes regressions, and the stream of versions ends up spawning an extensive grapevine to disseminate information about the best version to use. Unsatisfying as this state of affairs is to everyone, I didn't think that the problem lay with these version numbers themselves. They're just names, right? However, over the past year I've finally had my attention focused on them, thanks to two people:

* *
How the right syntax can help teach recursion

(Or why goto is worth keeping around in modern languages.)

“It seems to me that there have been two really clean, consistent models of programming so far: the C model and the Lisp model. These two seem points of high ground, with swampy lowlands between them.” — Paul Graham

A cool thing happened during a lesson today, and I wanted to try to capture the magic before it slipped through my fingers. It happened while I was trying to teach recursion (without ever using that word) using my side project, Mu. The experience got me thinking about the quote above, and wondering if there was a way to bridge the summits of C and Lisp without having to go through the “swampy lowlands” between them.

* *
An alternative worldview to 'modularity' 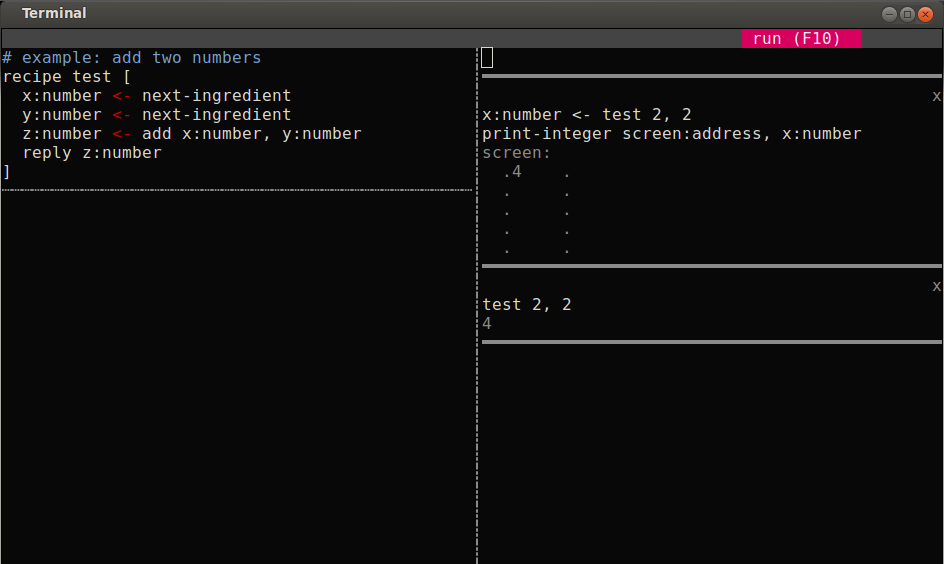